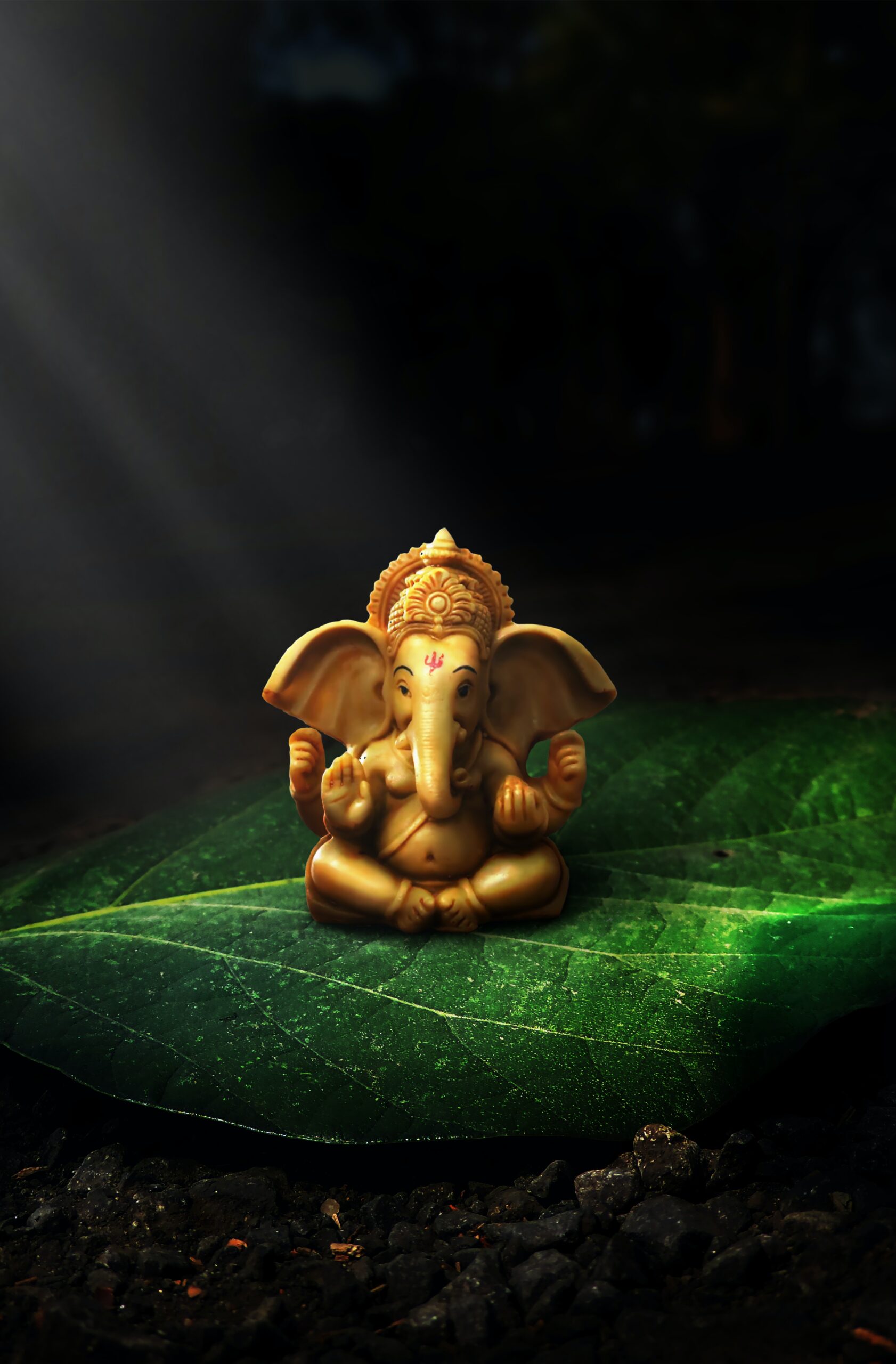 No matter how old we get or how young we are, the excitement for this major Hindu festival remains the same. Shopping for pooja samagri, traditional Paithani & Banarasi silk sarees, sweets, delicacies, flowers, lighting & decoration – creates a vibrant & lively atmosphere.

Love Festival Fashion? Check out Which Saree To Wear For Indian Festivals.

Ganeshotsav 2022: Legend Behind The Celebration

According to scriptures, once upon a time, Goddess Parvati was preparing for her bath. She didn’t want to be disturbed so she appointed Nandi, God Shiva’s bull, to guard the door and not let anyone pass. Nandi stood as instructed. But when Shiva came, Nandi being loyal to Shiva first, let him enter the door. A furious and frustrated Goddess Parvati immediately realized that she had no one loyal to herself as Nandi was to Shiva.

So, she took the turmeric paste that she had applied to her body and turned it into a murti (idol). The murti became alive as she breathed life into it and declared him her son. The next time Goddess Parvati went for a bath, she appointed Ganesha to guard the door. When Shiva sees a strange boy guarding the door of his house and refusing entrance, he gets angry. He commands his army to destroy the boy, but they couldn’t as Ganesha was equally skilled in warfare.

Shiva was taken aback. When he saw this was no ordinary boy, in his rage, cut off Ganesha’s head, killing him immediately. When Parvati found out, she became so outraged and offended that she decided to destroy the entire Creation! Lord Brahma, as the Creator, naturally objected to this and appealed to her to reconsider her harsh proposal. She answered she would, but only if Shiva agreed to her two conditions. First, that Ganesha is brought back to life, and second, that he be worshipped above all other gods forever.

The Symbolism Behind Ganesha’s Elephant Head

Ganesha came to life when Shiva, now cooled down, realized his mistake. He agreed to Goddess Parvati’s conditions. He sends Brahma out with instructions to bring back the head of the first creature he encounters, whose body is lying with its head facing North. Brahma quickly returned with the head of a huge elephant, which Shiva put on Ganesha’s body. Instilling new life in him, he announced Ganesha to be his son. Also, Shiva bestowed him with the title of Ganapati, the preeminent of the gods and leader of all the ganas.

The lesson learned was that when the Lord appears, the Jiva, surrounded by the dark cloud of ego, frequently does not recognize Him and may even argue or fight with Him! As a result, it is God’s responsibility, in the guise of the Guru, to cut off our ego’s head! However, this ego is so strong that the Guru’s teachings may not work at first, just as Shiva’s army failed to conquer Ganesha. It frequently necessitates a more rigid approach, but the loving Guru, in His wisdom, always finds a way.

As the festival begins on the fourth day (Chaturthi) of Bhadrapada month (August–September). It is considered to be the holiest day. The mythological legend plays a strong role in symbolizing Ganeshotsav.

During Ganeshotsav, women dress up in their best traditional silk sarees and pray to Ganesha for his blessings. Families and societies host Ganesha’s idol for days and then following proper rituals, submerge him underwater (visarjan).

Ganesha’s appearance is enthralling and captivating. Throughout history, the charming little plump kid physique with an elephant head has inspired devotion and affection in the hearts of millions. While Lord Ganesh’s appearance captures our imaginations and delights us beyond measure, there is also tremendous spiritual meaning underlying Lord Ganesh’s Soul.

We hope that you’re praying to this powerful deity with all your Heart this Ganeshotsav 2022 – a huge Hindu Festival and buy yourselves and your loved ones beautiful handloom silk sarees from Julahaa Sarees, the fastest growing saree brand in India.

Gearing up for Ganesh Chaturthi 2022?

At Julahaa, manufacturing gorgeous silk sarees is our passion. It is this same passion that has led us to set up a world-class manufacturing facility in Surat. We are a reputed wholesale silk saree manufacturer in Surat. Our commitment to innovation, technology, tradition and culture has earned us a reputation for being the harbingers of extraordinary sarees. With our unbeatable range of products and the love and support of our audience, we have now become a trendsetter in the Indian saree market.

We manufacture and supply close-to-silk sarees in wholesale to our customers across India and overseas. With our expert artisans and state-of-the-art machinery producing the highest quality of sarees, we are now India’s fastest-growing saree brand in 2022.